I Got Stronger By Using Copper Coins Until I Am Invincible 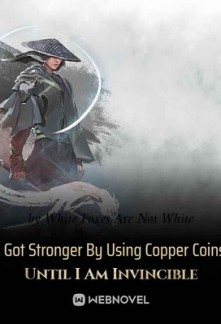 I Got Stronger By Using Copper Coins Until I Am Invincible

Rating: nan/ 10( from 0 ratings)
SUMMARY
"Five years! Do you know how these five years have been for me?"It had been five years since Gongzi Liang was transmigrated to a fantasy world and had received the Legendary Gold System.However, the system kept nagging him to top up every time.[$3 for God's Ring, $6 for first-time reward, $18 for enhancement, $28 for God-tier Beast...]Gongzi Liang could only look at all the god-tier rewards and couldn't do anything because he didn't have money.But, he did realize that he could level up his skills and strengthen his body by using copper coins. It could save him 99.99% of training.It wasn't even hard for him to jump a few ranks in one day.He would also gain coupons by completing the daily missions.Just like that, Gongzi Liang became obsessed with completing his daily missions...
You can also read this novel here: Read free novels online
See all
Hide