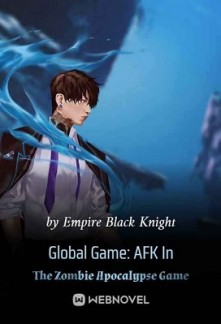 Rating: nan/ 10( from 0 ratings)
SUMMARY
Fang Heng was transmigrated to a parallel world and his soul was forced into the body of a man who had just committed suicide.Huh? What? Every human here was being forced to join a game? Those who refused would be killed?Wait? This suicide dude was a pro gamer?He had the highest S-rank talent sill, the Zombie Clone?Damn! The S-rank skill evolved! My zombie clones could auto hunt![Your zombie army has crafted Wooden Axe x720 when you were offline. You have received 1921 experience points for the Basic Crafting skill.][Your zombie army has chopped down 27,821 trees and gathered 128,973 pieces of wood while you were offline. You have received 2,171,921 experience points for the Basic Wood Chopping skill.]Just as the rest of the players were struggling to survive in the zombie apocalyptic game, Fang Heng's zombie clones were starting to clear every resource out of the forest.Hm... What an interesting game!
You can also read this novel here: Read free novels online
See all
Hide